In accordance with state law, the Comptroller’s Office adopts a balanced budget for its operations on an annual basis. The budget year, also called the “fiscal year”, begins on October 1st and runs through the following September 30th. The budget serves as the primary tool in allocating financial resources to programs and services. Budgets are adopted for the General Fund, the Records Modernization Trust Fund, the Court Technology Fees Fund, and the Documentary and Intangible Tax Fund.

Office of the Clerk of the Board 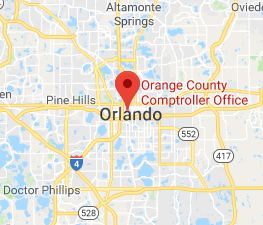 Join us, tweet us and watch us.
© 2022 Orange County Comptroller. All Rights Reserved.

You are now leaving the Orange County Comptroller website.

The Comptroller offices will be closed on Thursday November 24th and Friday November 25th for the Thanksgiving holiday.